This last weekend, we had two gentleman who finished their PADI Divemaster course, and on Monday, I sat down to write the generic “Congratulations to our newest Divemasters! Woot Woot!”-cookie-cutter social media post.

And then I stopped. Because the two divers in question, Brian and Connor, deserved more than a generic Instagram pat-on-the-back, a couple dozen Facebook likes, and then hurried on their merry way.

So, what does that mean?

PADI defines a Divemaster as the first level of your professional training (in that, you can carry insurance and potentially make money) and a point in your diving career where people are going to start looking to you for advice, for guidance, and assistance, both in and out of the water. There’s a level of competency and confidence assumed in this definition. This also the point where you can start getting sued, so there’s that as well. 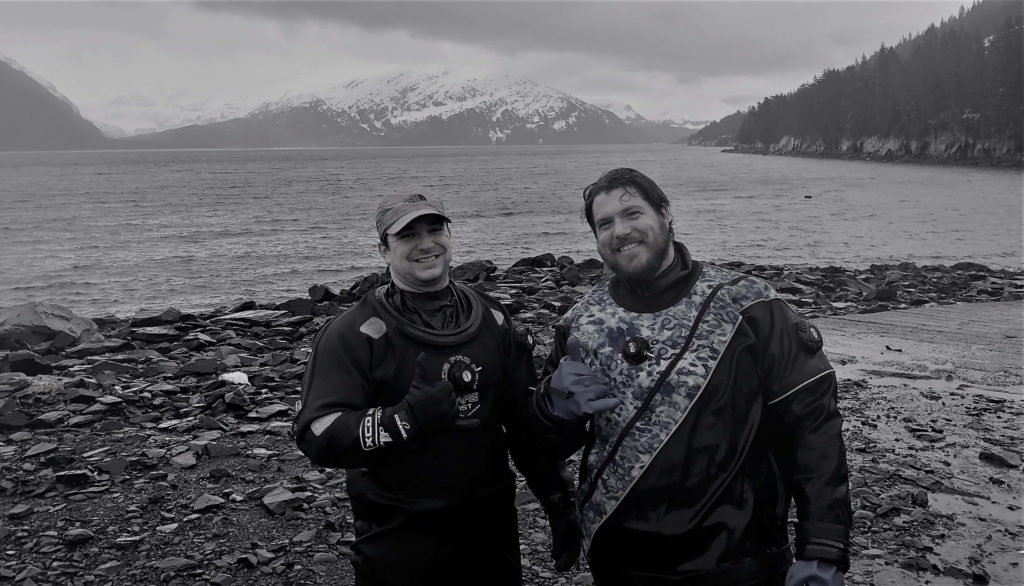 There’s a lot that goes into being a competent Divemaster, and it begins long before a card emblazoned with “Divemaster” is handed out. It begins when a diver walks into a shop and signs up for the DM course, and while there is a large spectrum of personalities amongst Divemaster-candidates, on each end of the spectrum, you have divers who will become Divemasters, and you have Chad.

Chad is an asshole. Frankly, he doesn’t even think he needs to do the Divemaster course, but he can’t be an Instructor until he’s a Divemaster, so he is forced to lower himself amongst the rest of the peasants.

Chad think’s his mere presence is a gift to The Sea and all the critters in it, including other divers. Once Chad gets that black card with “Divemaster” printed on it, Chad will stop learning. He maybe already did. Chad wants a Divemaster card so he can wield it like a baseball bat, and impart his immense diving knowledge on all who will listen.

In his head, Chad is always perfectly in trim, his buoyancy is flawless, his skillset is impeccable, and no dive is too big for him. Hell, he’s going to be a technical diver and an instructor, because frankly, (just between the two of us) Chad can dive better than all the instructors he’s ever seen.

To see Chad through his own eyes is to look upon a literal man-fish hybrid, a flawless testament to natural skill, ability, and control, above and below the water. Chad will walk into dive shops to sign up for specialty classes and as he completes his liability paperwork with a confident flourish, he makes the jocular remark, “This’ll be a piece of cake—after all, I’m a Divemaster.”

Meanwhile, the instructors in the shop are fighting like wolves in a burning building to get out of the back door, because the last person out is now stuck with the nightmarish task of teaching a diver who already knows everything. And always did.

The Divemaster starts their DM training eager to learn and excited to be in the water more. They love diving, and enjoy sharing that passion with other. As individuals, they are generally easy-going, with a confidence that comes from experience and training. They may stretch their Divemaster program over months, and expose themselves to a variety of instructors, picking up tips and tricks along the way to grow their knowledge base. Any opportunity to learn, and they’re right there, adding as many tools as possible to their toolbox.

A Divemaster is friendly and personable, and quickly and efficiently does all the little things that a new open water diver will never see—checking valves, stealing glances at SPG’s during guided dives, placing a stabilizing hand on a diver’s tank as they’re shrugging into it on their tailgate.

Rarely will you hear a Divemaster walk into a shop and announce to the world their status—they don’t need to. A Divemaster realizes that a DM certification is only as valuable as the diver holding the card, and they approach their Divemaster course with this mindset.

A Divemaster is the type of diver that when one instructor offers to help another instructor with an open water class in challenging conditions, the instructor declines, saying “Thanks for the offer, but I’m all set. Brian and Connor are going to be there.”

All that to say, Connor and Brian, congratulations fellas.

You’re gonna be a pair of great Divemasters, and you earned it.