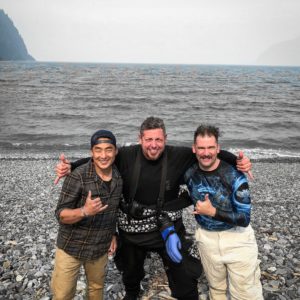 Brian Johnson was born in Billings, Montana in 1978. The son of a Methodist pastor and atheist mother, Brian grew up in a world where ideologies at war with each other were overshadowed by the greater force of Love. As such, Brian is pretty easy to get along with.

Brian fell into a creek when he was 7-years old, and drowned before he could be rescued. He was resuscitated by his Boy Scout Troop Leader. As with many traumatic childhood experiences, Brian decided that he loved water, and would go on to become a swimmer, diver, and eventually, big-time scuba guy.

Brian Johnson is a big fan of the color blue, and will often cut-off his airway until he “gets blue in the face” just for funsies. He also enjoys blue-related puns, and can always be counted on for those timeless classics, such as “Why was the ocean so blue? Because the island never waved back.” or “Roses are red, violets are blue, I’d get in the van, if I were you…”

Editor’s note: if you can’t tell, all of these profiles are satire, and have no basis in reality. Except this one. Everything in this one is true. 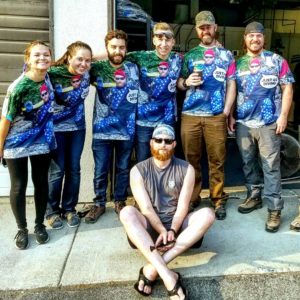