Perry Zemke was born in Northern California, in a lush, green farming community. Perry has always felt a connection to the earth and his place in it, and followed that spiritual guide to Alaska.

Perry came into Dive Alaska after an experience with SNUBA in Hawaii, and was immediately hooked. He showed up the next day, drove his Harley through the front doors of the shop to the shock and terror of all the staff, and amidst the burning rubber and exhaust smoke, bellowed out “THIS SCUBA STUFF IS FOR ME!” Miraculously, the police were not called, and Perry enrolled in the next open water class. 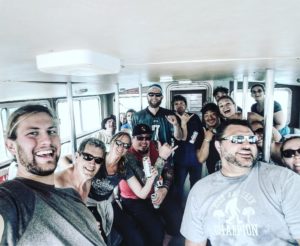